Interested in an intuitive reading or energy healing? Learn More!

I’m a planner. A dreamer. I love the idea that you can come up with a blissful vision for your life and then live into it, like you’re sliding into a well-worn pair of pants, which of course is a wonderful idea in theory that never works out that way. And so I feel like my biggest struggle in life is to BE HERE NOW, in the messy reality of my life, not how I wish it was.

Today I went to a class about self-publishing fiction. The whole first class was dedicated to pursuing a traditional publishing deal.

WHY did I just sit through a class that’s supposed to be about self-publishing that was about the EXACT OPPOSITE: how to get an agent and get a publishing company to notice you?

Because, as James Altucher would say, we’re all just waiting to be discovered. There are so many of us out there who are waiting for our big, life-defining moment. To lose 40 pounds and to be crowned the proverbial prom queen, to win MVP, to have our moment in the spotlight. To get told—by somebody else, by somebody “important”—for one minute that we’re good enough. That we’re doing it right.

Stop waiting to get picked, and take a good hard look at the life that you’ve built for yourself and see that it’s good…no, that it’s amazing, that it’s better than we could have imagined at some small, stunted, scary part of our lives when we were hard on our luck.

When I look back at all the jobs I’ve had. All the piddly summer jobs that I thought didn’t matter, that in retrospect were the best jobs of my life. Lifeguarding? Are you kidding me? BEST. JOB. EVER. I got a suntan for a living. Yes, saving lives = big responsibility and all that jazz, and it all boils down to AWESOME. Incredibly, because I was a stupid teenager, I didn’t know at the time that this was the best job in the world, that every day was a paid 8-hour meditation session.

Then there were the corporate ladder climbing jobs in my 20s and 30s…in DC when I was so poor it was preposterous, and in NYC when I gradually went from bleeding cash to making more money than I knew what to do with (the answer was that I stuck it all in a retirement account because thank God I am a nerd, and I never knew a time would come when I’d be unable to contribute to that fund).

But still, I didn’t appreciate those jobs to the levels they should have been appreciated any more than I had the good sense to appreciate being a lifeguard. I thought there would be a ticker tape money parade until the end of time. Ha ha. And duh.

These days I’m kept up at night by commercials about contributing to my child’s college fund. And so I’ve learned to be incredibly grateful for now, and the small, quiet jobs that I’m enchanted by, that I might be tempted to take for granted, but by now I know better. That I get paid to sit at home in front of a computer is nothing short of sorcery.

But even still, it’s tempting to take this for granted, these moments, these days. To think instead ahead to when my daughter will be older and more independent, and to when perhaps I will have some success in my fiction career.

But to think that way means to think it will be better when my daughter doesn’t care for me as much, because that’s what happens when a child moves from thinking her mother is her world to realizing that her mother is the same level of delusional batshit annoying as any sitcom mother, but probably worse, because she’s here, live, in the flesh, trying to harsh my buzz and tell me what to do, man.

I was watching author Barbara Brown Taylor talking to Oprah Winfrey, and they were scoffing at how so many people feel the pull, the call for a bigger life. They were discussing with a slight hint of disdain that not everyone is supposed to live a big life, that there is magnificence in the small, ordinary moments of our lives. Easy for them to say as they sit comfortably on their oversized flawless white cushy TV chairs.

But of course they’re right. Taylor said the most important thing people can do in their lives is to look at the big red X beneath their feet and to really be there, to live out of their current circumstances rather than trying to live into a fantasy. I had a huge A-HA moment at hearing that advice, because it’s rare to hear someone say that—unless it’s someone trying to dash your dream or protect you from failure, two sides of the same coin.

Because of course, we’re all familiar with the warning that there’s risk in standing still on that big red X. There’s great risk in doing the same thing over and over again and freezing in place. We rot. We all know that living an inspired and meaningful life means to have big goals.

To keep moving ahead.

When it comes to living your life out of a vision, vs. living your life out of your current circumstances, it’s my firm belief that you must do both every day. It’s important to dabble equally in hope for the future, and in the glory of now. Have a vision for a fabulous life, and hold it in your heart. But then keep your eye on the prize, which, ironically, is your life exactly as it is right now.

When you’re in the present and allow yourself to feel the joy inherent in it, you get to feel how great your life is, the ordinariness of it, right now.

We’ve heard all of this before. Have gratitude. But it bears repeating, because this is all going to end, whether we like it or not, so we might as well enjoy it.

These are the days. The good old days. Happy days. Cherish them. Hug your family and friends tight.

Give your heart a break, every day, and be here now. Let your heart rest on the life you’ve built, for everything you have right under your nose. Not all the plans and the mile-long to-do lists, but whatever is happening all around you.

This morning when I brought my daughter into her preschool class, she was greeted by her best friend, who promptly invited my daughter to her house. These four-year-olds then set about planning how this playdate was going to happen. My daughter recited our address for her friend, who then said, “But I can’t drive.” My daughter offered to drive, as if this is something she does every day. The other four-year-old then lamented that she would have to bring her car seat, and she can’t carry it by herself. My daughter admitted she doesn’t have two car seats.

This is often how we operate in life. We have our vision for how we want our life to go. We want a playdate with fate. Then we set about planning how this is all going to unfurl, but we’re not equipped to get ourselves from point A to point B. At some point we need to make our request and then trust that it will either unfold for us or it won’t, but either way, there’s good stuff right here for the taking.

These two friends have all day to play with each other at preschool. They could stop planning their playdate and just start playing, any minute now.

This reminds me of the time I stepped out of my apartment at some ungodly hour of the morning while the sky was pitch black and the moon was shining. There was a little frog sitting on my doorstep, far away from the nearest source of water. I knew if I left him there, that as the moon sank and the sun rose, he would dry out, shrivel and die.

So I would rescue him. But man, that frog made it way harder than it had to be. First, in order to escape me, he jumped and jumped, slamming himself repeatedly into a brick wall. Then when I finally held him cupped in my hands, I could feel his fear. Where was I taking him? What would become of him? And when I neared a source of water, instead of waiting patiently to be set down, when he heard the roar of the stream swollen by the rain rushing ten feet down beneath the bridge under my feet, he threw himself out of my hands and down into the water.

This is how we act in the hands of the Universe / God / the Force / The Field of Possibility: thrashing blindly, struggling every day against what is, arguing against our realities, not wanting to trust, being unable to gratefully accept that no matter what happens, we’re all going to be okay.

Let your heart rest. Even when you suspect you’re in the hands of a giant who wants to eat you, it will be okay. 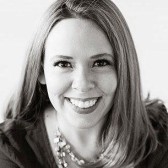